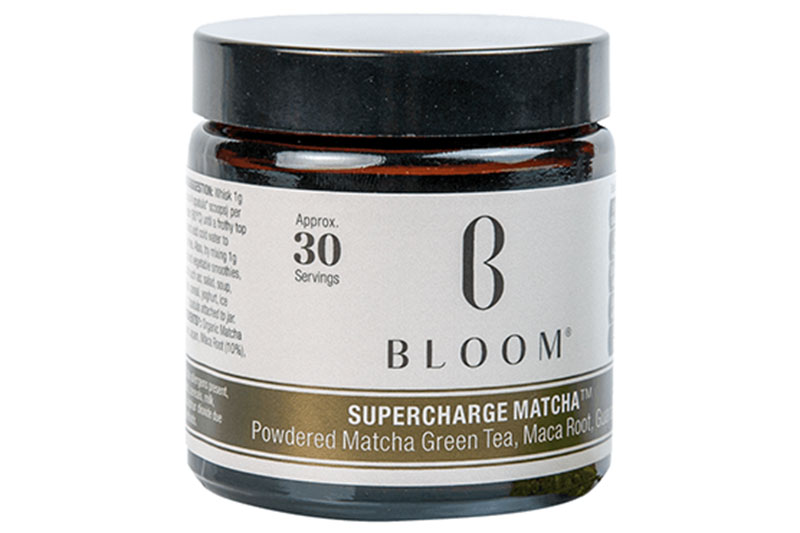 I have always had slightly difficult relationships with Matcha; you know it’s very good for you but its taste and smell are quite unusual to say the least. So I was a little sceptical when I came across Matcha by BLOOM. But it has changed my perception of this wonderful product dramatically, and now I have a warm cup of almold milk with Bloom Supercharge Matcha almost every day.

Drinking a cup of green tea is healthy but many of insoluble nutrients remain trapped within the tea leaves that are wastefully thrown away.  The Japanese solved this dilemma by grinding green tea leaves into a very fine powder called Matcha that’s whisked into hot water to make tea. The result is no leaves – no waste – only a nutrient-rich cup of concentrated green tea that’s naturally high in protein and fibre, low in sugars, fat-free and salt-free.

And did you know that half a teaspoon of matcha contains more antioxidants (per gram) than goji berries, dark chocolate, pecans, walnuts, pomegranate, wild blueberries, acai berries, broccoli and spinach combined?!

There are thousands of reasons why you should also add matcha to your daily diet. Here’s what it does:

Recent on the blog